Dave has 20 year of experience in the financial services sector, providing investments as a securities licensed representative for a number of mutual fund companies and several broker dealers.  Dave’s professional licensing has included Series 6, 26 and 63 variable contracts, and life and disability licenses.

Dave was a senior vice president of World Financial Group, a subsidiary of AEGON, representing many mutual fund companies, including Templeton, Janus, Franklin and Pioneer Funds. Dave had several hundred agents under his management team, licensed in securities and life insurance. Dave’s and his organization of licensed agents were top 10 in the country in production for five years.

For 13 years Dave was co-owner of Alliance Medical Services, a medical examination company for life insurance exams.  His company facilitated exams for over 9,000 licensed agents and contracted over 1,100 mobile phlebotomists, registered nurses and medical doctors in all 50 states. He negotiated contracts with over 100 of the top life insurance carriers in the country.  They sold the company in 2003 to Quest Diagnostics who retained his services as a consultant until his contract expired in 2006.

Dave was also a consultant to various entities helping them raise capital for commercial property developments. During this time he was responsible for raising over $10,000,000.

In 2014 Dave and his wife Jen formed a non-profit 501c3 called Hope for Los Cabos and moved to Mexico to run the charity for six years. Hope for Los Cabos provides 100% University scholarships to Mexican students who would never be able to attend college and have a family income of less then $400 a month.  They also provided over 300,000 meals to the poor and built several homes and a children’s feeding center. Their charity continues today. 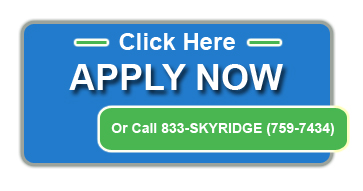